Growth is a Process 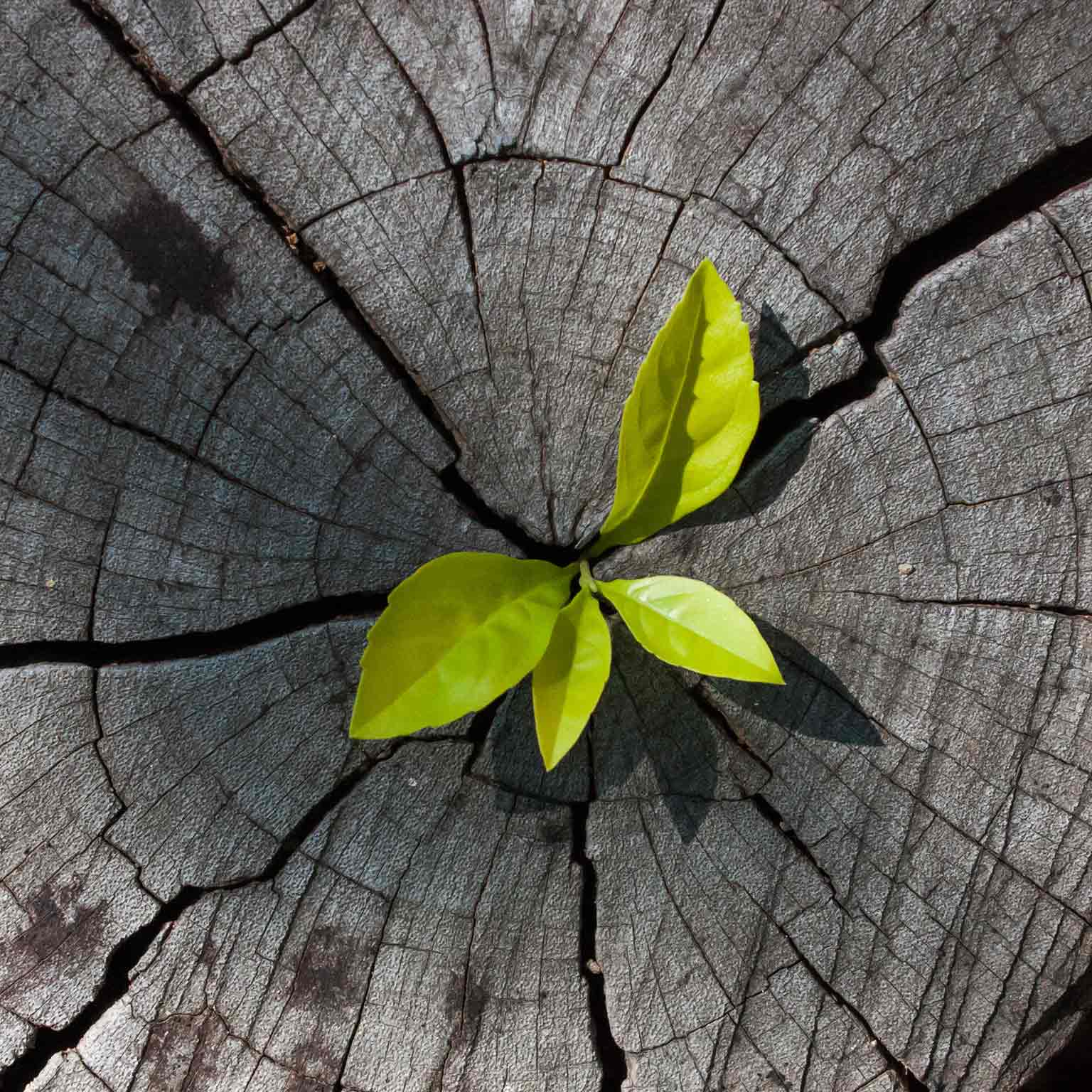 Senior year has brought to light more emotions than I expected it to. Especially after I got engaged in February, I’ve been ready to leave college. I’ve been ready to graduate, get married, and start the job I never dreamed of doing that somehow became my dream job…teaching. In fact, I’ve never been more ready for anything in my whole life.

Then, senior year came. Suddenly, I didn’t feel as ready. My mentality became “this is my last *fill in the blank*”. “My last semester on campus”, “my last recruitment”, “my last year with the cheer team”. Lots of lasts. All the sudden, the excitement wasn’t as high. It was sad…an ending that I knew was coming all along but somehow hadn’t fully accepted. I began to reflect on my time in college over the last four years. Then, my excitement became reignited, but for a totally different reason.

I became so excited because I realized how much I had grown as a person in my 4 years at college. Granted, there were some hard times. Times that pushed me to my breaking point. Times where I lost myself all together. But, it just proved to me that sometimes you have to get lost before you can truly be found.

When I came into college, I wasn’t incredibly shy, but I also wasn’t the most outgoing. If you introduced me to someone I could typically carry on a conversation, but I could never get up the courage to put myself out there on my own accord. My first few weeks of college I spent a majority of my time in my room. Scared to leave, homesick beyond belief, and not sure that I was going to like college or that I would ever find my place in college. Then, cheer started. I began making a core group of friends, and practice got me out of my room. (Behold some freshman year cheer pics below) 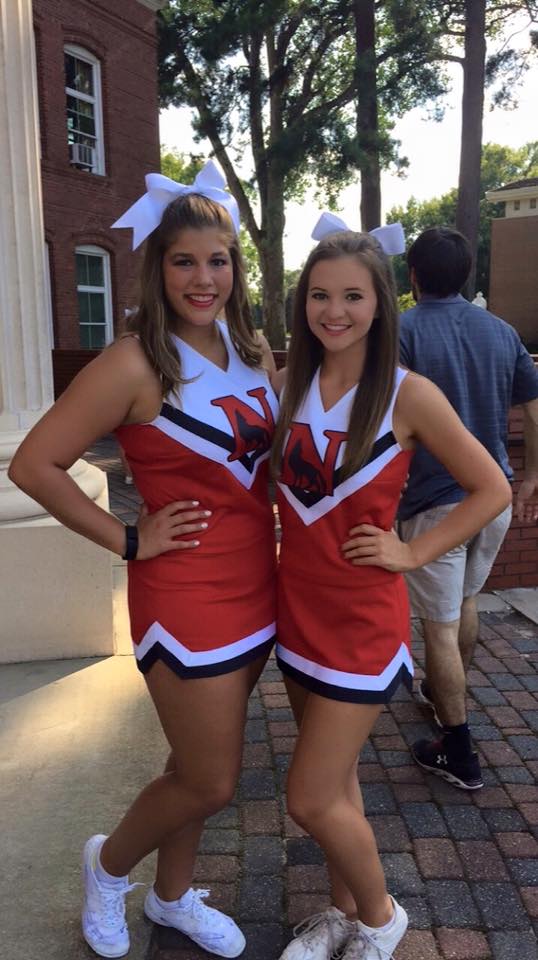 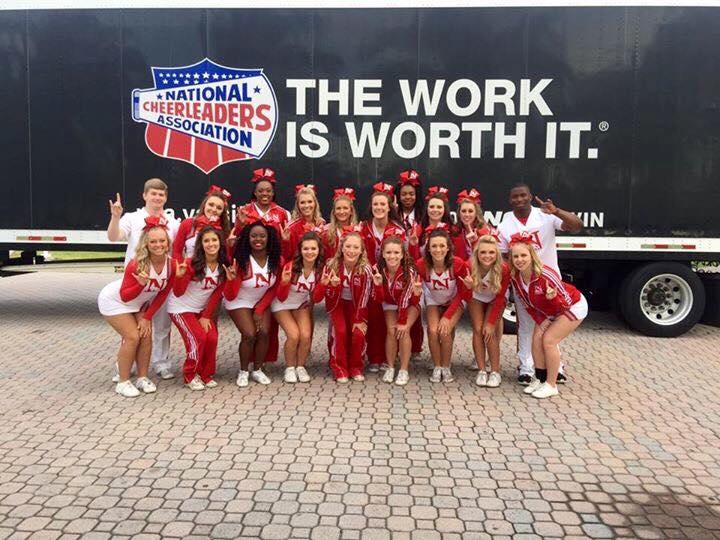 Spending time with my cheer team helped me to feel more comfortable at school. Then, those friends that I made on the cheer team encouraged me to rush a sorority. Now, one thing I can assure I never planned on doing in college was joining a sorority. I had seen the tv shows and the movies…I did not want to get hazed or partake in many of the cinema depicted activities. But, I decided to try to get out of my shell and make the best of the college thing. Spoiler alert: the sororities at my college were not at all like the movies and I was pleasantly surprised. So I joined a sorority. The best one around. Alpha Xi Delta. (Behold some freshman year AXiD pics below) 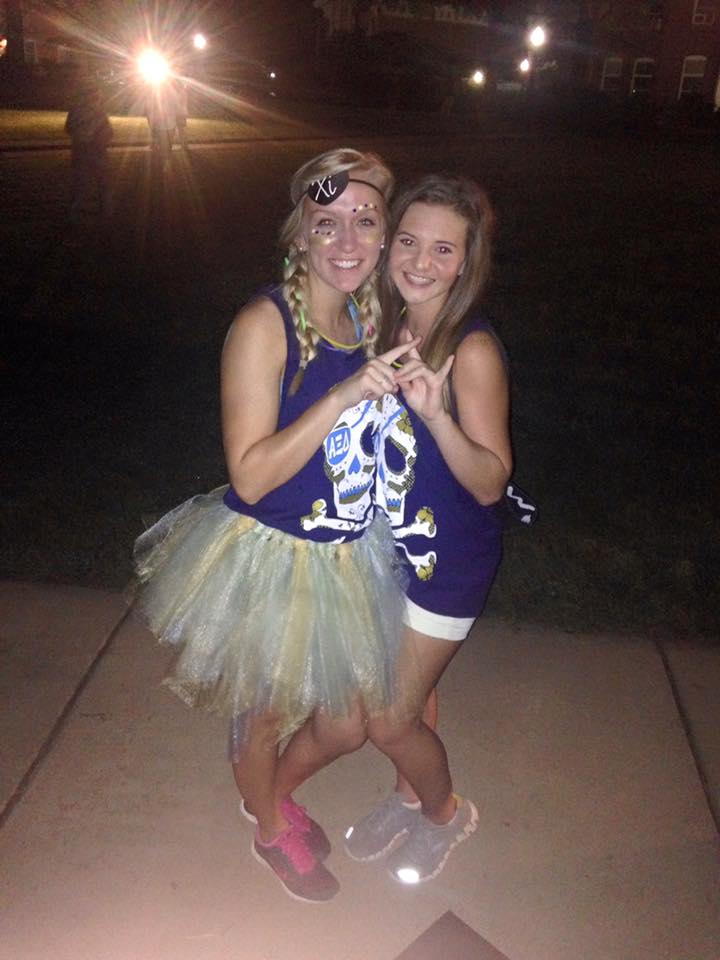 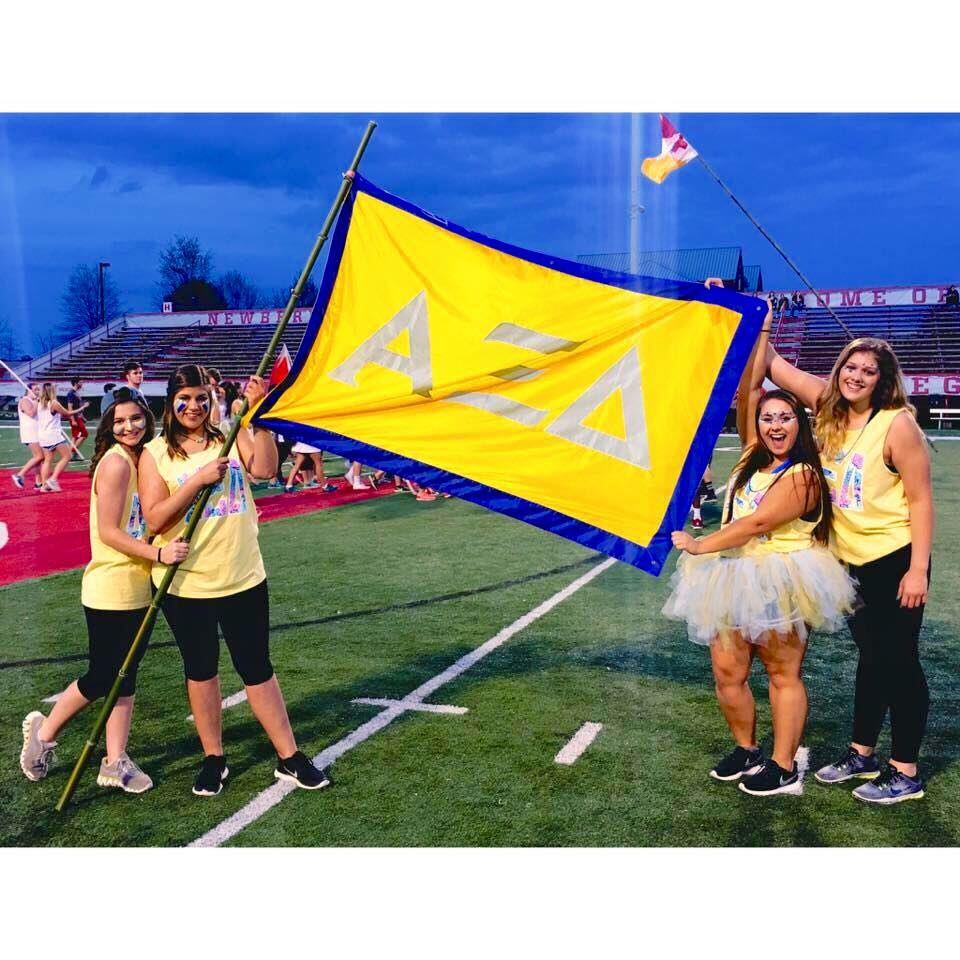 Now, I wont say that being in a sorority was perfect all the time. There was definitely some drama, and some times that weren’t my favorite. But, I would say that my sorority contributed the most to my growth as a person over the past four years. When I joined AXiD, my big and my close friends encouraged me to take a leadership position in the chapter. So, I did. By the next year I was on the executive board. The board that runs the whole chapter. I stayed there for the next 3 years. My junior year I decided that I was ready to put myself out there even more and apply to be president of the Panhellenic Council (the council in charge of all the sororities on campus). Believe it or not, I got it! Looking back, when I was in high school, I would’ve never dared to apply for such a big position. But, I applied for it and fell in love with it. All the sudden I could make conversation with EVERYONE! I could talk to people I had never seen before (and yes initiate the conversation myself), and I learned how to handle conflict with anybody with great ease.

I’m not one to toot my own horn, but…

I’ve become the person that I always wanted to be. I became a leader. I became someone who people came to for help when they had problems. I became mature. Most importantly, I finally became proud of myself. Now, I’m definitely not perfect. I still have plenty of flaws. But, that is the point of growing…you always have things to work on.

So, when I really thought about it…I wasn’t sad anymore about leaving college. It has been fun, and it has helped shape me as a person. But, the most important thing I learned is that growth is a process. When I looked, I was amazed at how much I had grown in the past 4 years. But, 4 years from now, I’ll look back and say the same thing. You don’t grow as a person for one spurt and stay that person for the rest of your life. You continue to grow and change every day! Because growth is a process.

All things must eventually come to an end, but it is typically because a new beginning is right around the corner.